Our fifth day in the Kimberley involved a 35 nm passage from Cape Talbot Bay past Sir Graham Moore Island, Geranium Harbour and Middle Rock Passage to Freshwater Bay near the mouth of Vansittart Bay. As the name implies Freshwater Bay gives us the opportunity to replenish our water tank. A good land breeze as we depart at 6 am allows us to sail and give the detroit a rest until it dies out about 8 am.

We were advised by Craig Margetts, who circumnavigated three years ago and briefed me prior to departure as well as the book Around the Top by Del Colvin and Garry Capper, that Middle Rock was not where the charts say. This is typical of the Kimberley and why it is imperative to keep a good lookout and not navigate after dark.

Freshwater Bay is well protected, only 10 nm South from Cape Bougainville and has a creek with freshwater 100 m upstream through the mangroves. It appears as some waterfalls and rock pools of fresh running water.

We saw a shark chasing fish in the shallows, similar to what we witnessed while beached in Gove. Prof cooked cheese and spinach ravioli in pesto sauce for dinner as the sun set over the Bougainville Peninsula. 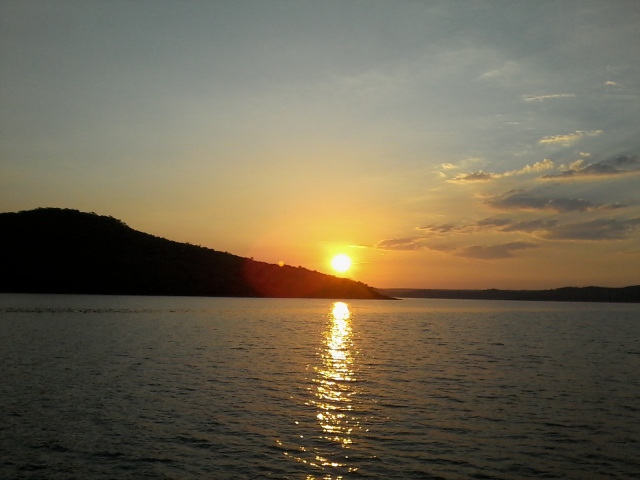