Left the King George River at 6.30am passing cruise vessel Lady M in the river and five others outside the bar including Banyandah and Luna, the others didn’t have AIS so we couldn’t identify them. 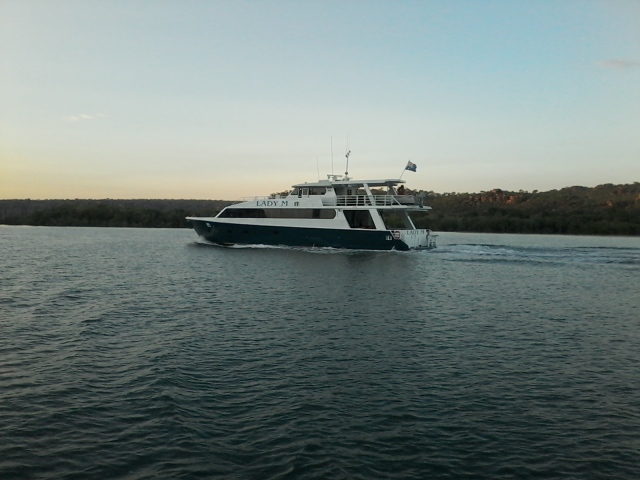 Checked out Calamity Bay, named because the mv Koolama beached here after being bombed by Japanese aircraft off Cape Londonderry in 1942. All 160 passengers and crew were saved and the vessel subsequently refloated and towed to Wyndham.

Glycosmis Bay was recommended to us by our friends Lenny and Isla, who circumnavigated last year. We were guided in by  Kevin and Janie from Sojourn, whom we met in Darwin, they were already anchored inside. It is a tricky entrance but worth the effort as it is a gorgeous bay resplendent with a 100m waterfall.

Prof has assumed Jim’s role of fixing things, today we replaced 3 rope jammers on deck and also replaced the port navigation light with an LED as it had failed. 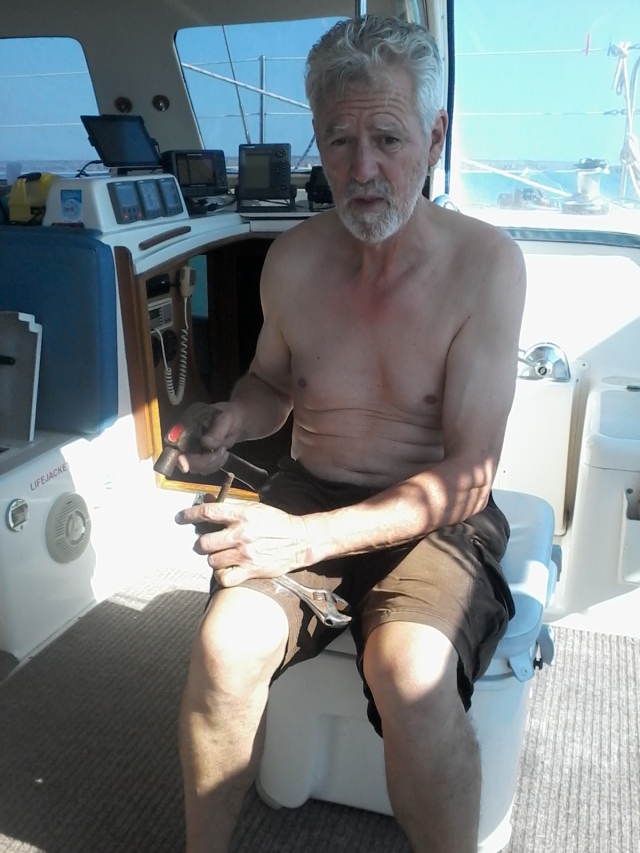 Had sundowners on Baly with Kevin and Janie and Trevor from Tucanu, who brought a bowl of freshly made popcorn. Spotted Bream freshly caught by Kevin and Janie on the bbq for dinner tonight.