Departed the anchorage at Depuch Island at 6am without any fat controllers saying we weren’t allowed to up anchor. At mid morning we passed another gaggle of ore carriers waiting to load at Port Walcott. Only fourteen this time so it must be either much smaller or much more efficient than Hedland. I thought it was probably the former and Wikipedia confirms that Hedland is the largest port in Australia by tonnage shipped and Walcott is the fifth largest.(bearing in mind that iron ore is much heavier than coal and general cargo containers) 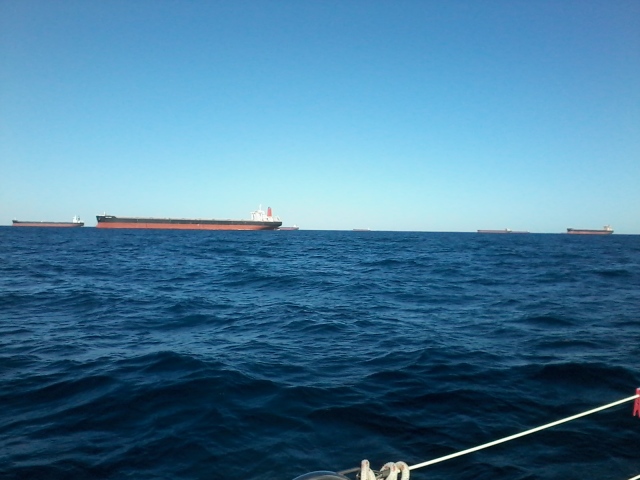 By midday we passed the port, which is not really a sheltered harbour at all, just two piers jutting into the Timor Sea from Cape Lambert. Each pier loads four ore carriers, so eight ore carriers being loaded simultaneously. 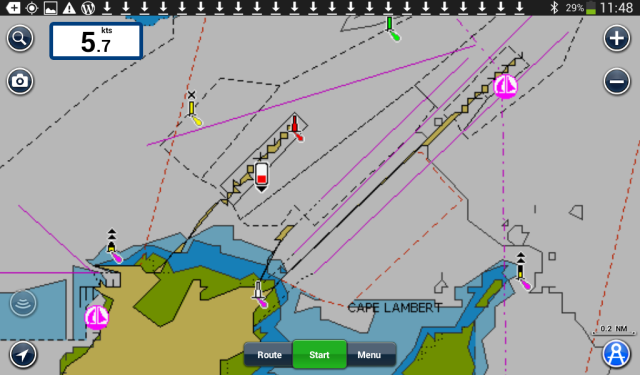 Passed through Flying Foam Passage on the Barrup Peninsula between Karratha and Dampier.  While Flying Foam sounds a bit dramatic for a place name, it is actually the name of the ship that explored here in 1863. Equally intriguing is East Intercourse Island,  named by Philip Parker King after he met the local aboriginal people. (I know what some of you were thinking the name related to some other form of encounter…) 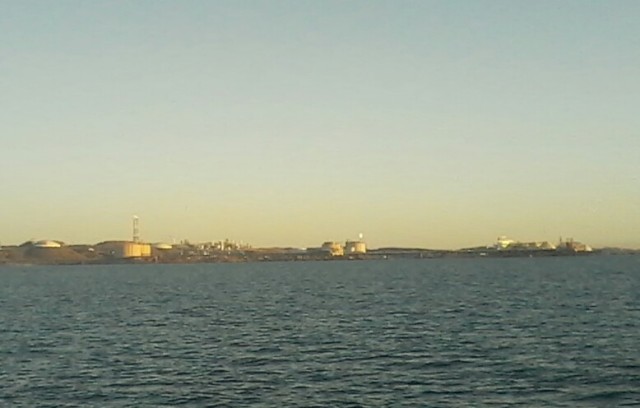 The spartan industrial skyline of the Dampier LNG Port. We couldn’t pick up Greg and Tricia’s mooring in Hampton Harbour near the yacht club as it was too dark to find it amongst 50 other moorings so we dropped the pick at 6.30pm near a park with a football game going on under floodlights.