First light at Herald Bight, no swell waves tucked around in here. Cape Peron lighthouse below kept us company overnight.

We picked up a mooring that was arranged for us by Barry Scott of the Carnarvon YC. It was the closest one to the beach. There was this rather old but quite distinctive yacht at Denham that caught my eye. She was very dish shaped athwartships with her deck beam virtually twice as wide as her waterline beam. It is an old pearling vessel called the Galli Gurci named after a touring Italian opera singer.

A poignant reminder about the perils of naval warfare is the memorial to the HMAS Sydney near he Shark Bay Discovery Centre. It lists all 645 men who died on the Sydney. She was sunk by the German raider Kormoran.

Celebrating a raft of milestones in the Shark Bay Hotel tonight. This old pub is the most western watering hole in Australia and we are dining in it’s Old Groper Restaurant (hardly appropriate). We are halfway through the circumnavigation,  we have passed South of the Tropic of Capricorn and tomorrow we pass Steep Point, the most westerly point on the Australian mainland. 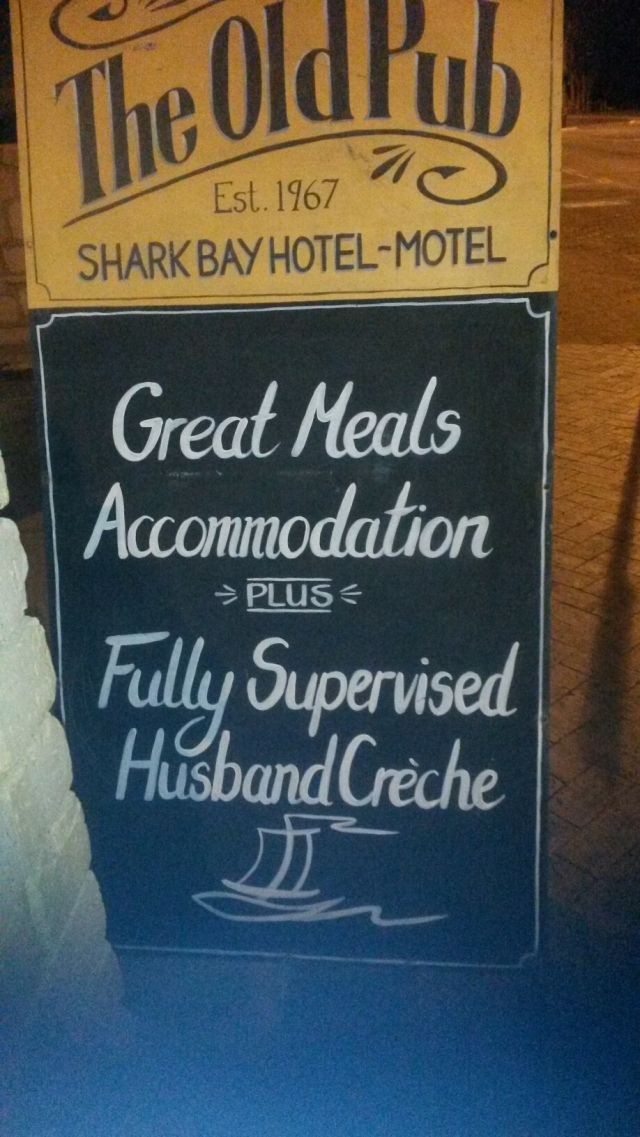