Weatherbound at Koombana Bay in Bunbury harbour, 25 kt + SSW and rain, seen more bad weather than good since arriving in Fremantle. Winds have been gusting to 40 kts at Cape Leeuwin.   No wonder we saw so many  boats heading North. 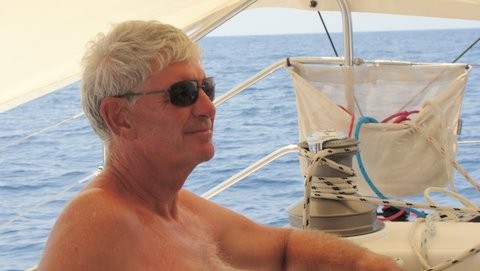 Sadly we heard overnight that Stuart Simpson, fellow Seawind owner had died after a long struggle with cancer. He is survived by Nanette, the former owner of Balakera, she used to call her Kina.

We are hopeful of the wind swinging South and moderating so we can get to Cape Naturaliste tomorrow which is 35 nm to the West Southwest. Been a quiet day at anchor watching ships depart and arrive. Chops on the BBQ tonight between rain squalls. 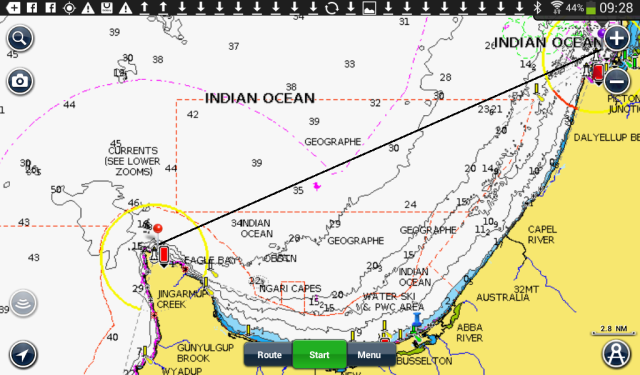