There are so many Irish here that it becomes a much bigger event than we are used to in Australia. We watched the Paddy’s Day Parade which took 45 minutes to pass by.

In the afternoon we.took the water taxi across to Patriot Point and visited the museum  featuring the aircraft carrier Yorktown. The water taxi departs every hour on the half hour from our marina right next to our pen (slip if you’re American) so it was like valet service right at your door. Picture below has me assuming my position in the Admirals chair on the bridge of the Yorktown. 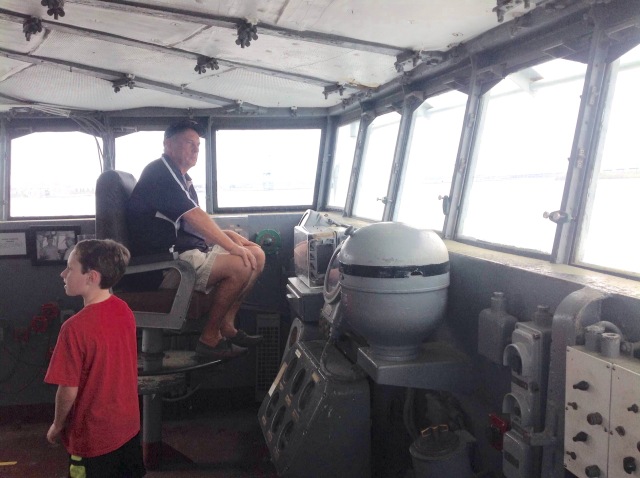 We toured the submarine, the destroyer and the aircraft carrier and the mess rooms became nearly habitable on the latter while being smaller than Baly 6/Grace Full on the former. The destroyer Laffy suffered 6 kamikaze hits and 5 bomb hits off Okinawa and amazingly didn’t sink. We then visited the Vietnam Centre which had a numbing exhibit on the battle and siege of Khe Sanh. Deveen pictured below with the Phantom jet on the flight deck of the Yorktown and the Ravenel Bridge in the background. 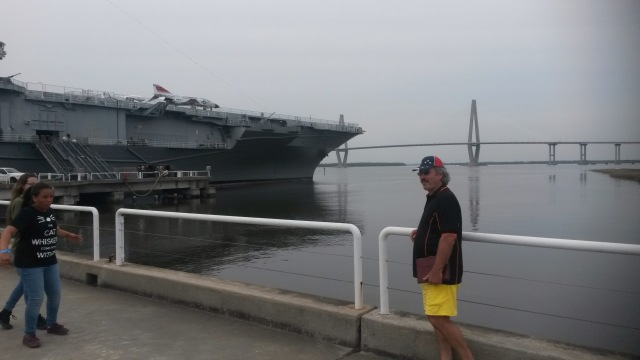 Now anyone would have thought we had a large enough day but being St Paddy’s day we headed up town again. The Mynt bar was great, happy hour meant $1 beef, salad and sour cream tacos which sorted dinner then onto the Carolina Ale House which had 40 beers on tap and 20 plasma screens showing all the sport around the country. Sensory overload and then some. Thank you Charleston.

This entry was posted in Florida to Virginia. Bookmark the permalink.