Another day another state, yesterday it was Delaware and today we are in New Jersey. An early 6.30am start while the conditions were calm and tide favourable. Delaware Bay is shallow and can be as treacherous as Albermarle Sound and Chesapeake Bay if winds and tide oppose. Daybreak below at our anchorage in the Salem River prior to departure.

Saw an unusual large dumb barge today carrying containers and towed by a big ocean going tug. From a distance it looked like a large ship without a superstructure, which I guess is what it was. You can’t see the towing tug as the tow line is too long but the one at the back gives an idea of the scale.

We actually headed SE today or away from New York City, but our run down Delaware Bay brought us to the Southern end of the New Jersey Intracoastal Waterway so we can head North again in sheltered waters. We arrived and anchored at Sunset Lake, just North of Cape May at noon. 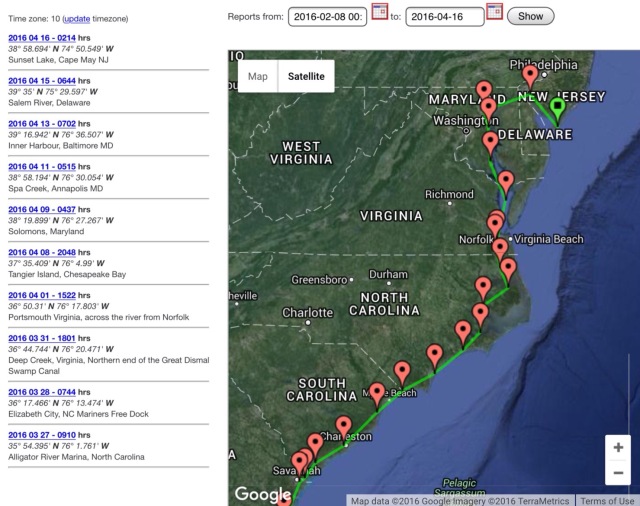 Our anchorage is a basin with yet another different architecture evident in the housing on the strip between the NJICW and the Atlantic Ocean.