Hot shower before we left Fulton basin as it was 4 degrees F with frost.It did heat up to 20 though by midday. The lock master Jim gave us some eggs from his farm plus a Gideon’s New Testament each as we transited lock 3 at 7.30am. The beautiful Oswego River was a millpond as we dropped another 130 feet to lake level. We transited all five locks and were on Lake Ontario by 10.00am 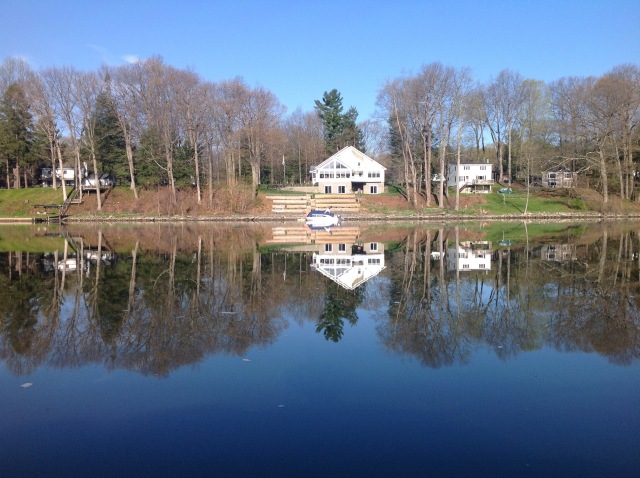 Rather than go straight across 40 miles of Lake Ontario on a due North course we headed NE to the Eastern end of the Lake where the St Lawrence River enters through a stunning region called the Thousand Islands. Lake Ontario was absolutely flat with less that 5 knots of breeze when we crossed. 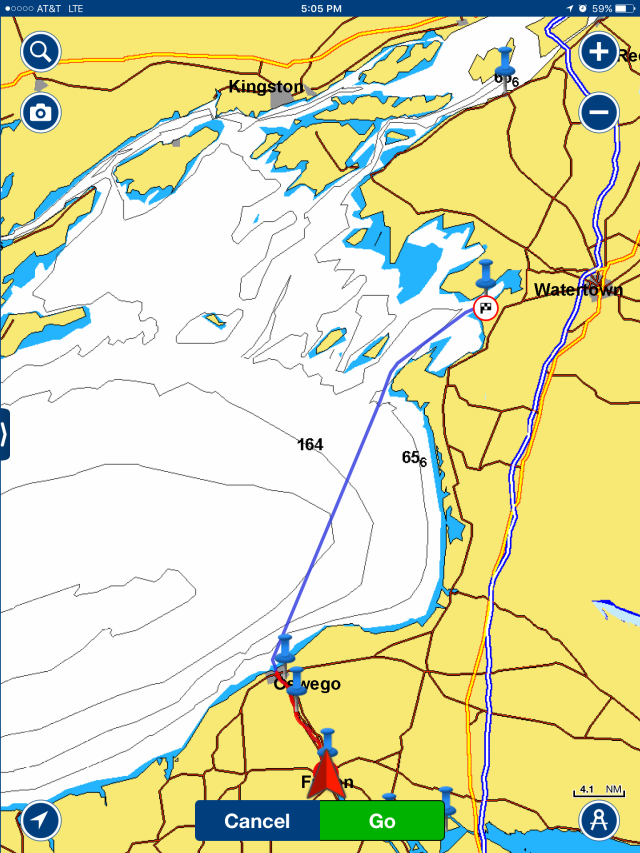 We are moored tonight at the public wall, Market Square Park, Sackets Harbor. This place is georgeous, friendly, clean and the site of a 1812 battle between the British and American forces. Gracie can be seen just left of centre in this picturesque harbour. 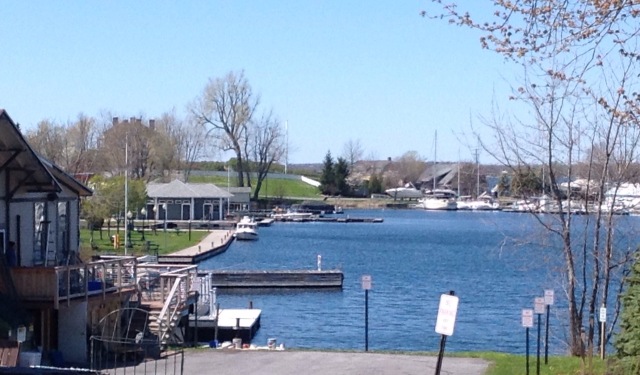