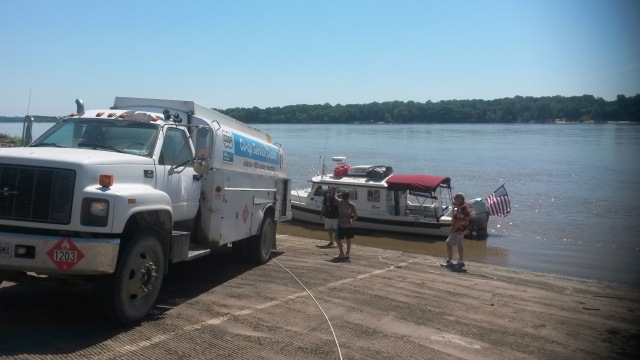 We were assisted by Bob, the American Great Loop Cruisers Association local member at Cape Girardeau, who came down to the boat ramp with a tyre in case a large barge tow wake came by. Bob had a boat built in Holland and cruised the European Canals before having it shipped stateside and doing the loop. They lived onboard for eight years. We we also joined by Marvin who offered his truck (Aussies read ute) to jerrycan the fuel as Roy was two hours late with the tanker. 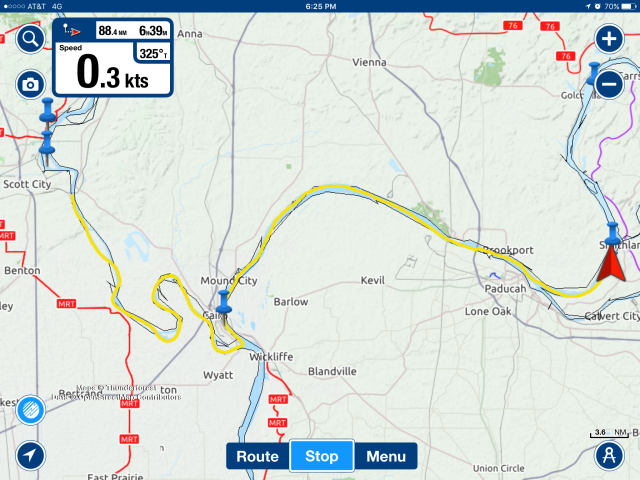 We passed Cairo at the confluence of the Mississipi and Ohio Rivers at 2pm and Paducah at the confluence of the Ohio and Tennessee Rivers at 5pm heading up a further 10 miles to beautiful Cumberland Towhead Island. The meandering Mississippi had us heading North and West at times today which was away from our objective. Our starting point Cape Girardeau is at the top left of the above map. Second night at anchor with Deveen cooking Jamalaya tonight. 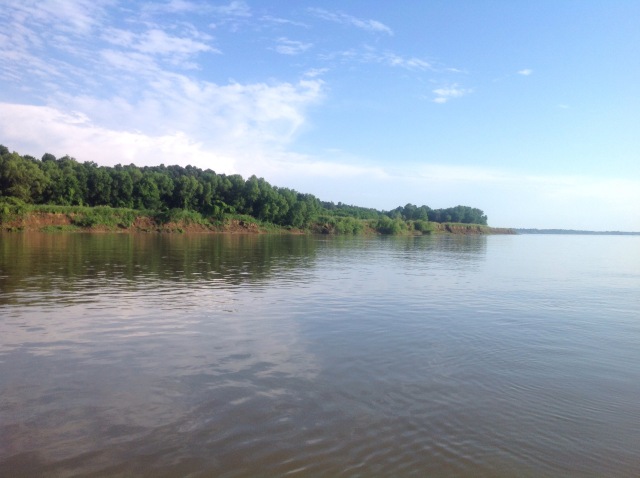 This entry was posted in Kentucky. Bookmark the permalink.