We made a deposit in the bank of reciprocity by feeding Craig and Carolyn last night sharing our delivered family sized pizza with them. They regaled us with their story of being ‘slabbed’ (house blown away leaving just a slab) and losing two boats during hurricane Katrina. Previously Carolyn also had the misfortune of being in the eye of Hurricane Camille. Their cat is called Virgil.

The convoluted meandering of the Tombigbee River had us heading away from our objective several times which meant we covered 100 miles on the river to achieve 50 miles of Southing.  We are now 50 miles north of Mobile but it will take another hundred miles following the flow of the river to get there! Reached Bobby’s at 1pm and met Ted who is doing a charity run transporting two barrels of whiskey which will eventually be auctioned in New York. Fund raising Southern style. 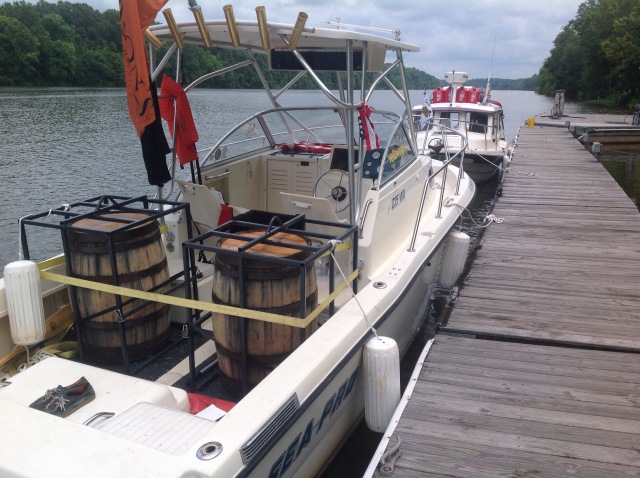 This entry was posted in Alabama. Bookmark the permalink.